Greetings to all drift fans and readers of Driftlife magazine.
As you all know, drift originated in Japan in the mid-1960s, so we decided to expand and dust off the old-new section of the “foreign scene”. And I’m very glad that I was able to prepare an interview for you with last year’s champion of the famous D1GP!

And that is the already mentioned Masanori Kohashi! This talented 28-year-old rider with start number 4 lives with his girlfriend in the northernmost part of the island of Honshu, in a town called Aomori.

His hobby is also his job and I am very grateful that he took the time to share a few interesting things with us as a D1GP driver.

One of the main things I’m interested in is how does such a D1GP race actually take place? What are the main technical requirements and essential conditions for a rider to take part in such a race at all?

D1GP is operated by Sunpros Co., Ltd.
The current D1GP evaluation method is called DOSS. It is a scoring system that uses electronic devices to measure angles, speed, etc.

Obtaining a D1GP license is not easy, at least from my point of view. You only get it when you achieve a certain result in a predetermined race of a lower category.

The second alternative is to take the D1GP test. As for the JAF license, it can be obtained through special training.

As I once mentioned to the fans, last year you became the D1GP champion and beat the winner of the previous two years, which was Masashi Yokoi. How did it feel?

Amazing. I’m really happy to have won the Grand Prix championship. I dreamed about it since childhood. I’m really grateful to the ORANGE team for moving me up a level.

Masashi Yokoi is a very strong opponent and the match with him is always at the limit.
Of course, not only him, but also other drivers are quite powerful.
Any battle in any race shows how high the level of the D1GP championship is.

Have you participated in other drifting competitions at the same level?

Yes. It was a DCGP in China.
The competition in China has a very high level of skill and most of the parts used for cars were made overseas.

The level of racing cars is no longer very different from the world’s top. However, they like to improve their skills and so the riding level is constantly growing, at the moment it is almost comparable to the level of Formula Drift races in America.

Each rider has his own story of how he got into the world of drift. Where did you start? And who was your idol?

What made me dive into the world of drift? I will never forget it.
It was in the summer of 2005 on the Ebis circuit on the occasion of D1GP.
That was the first time I saw the drift.
Amazing tire smoke, sound, style, action…

I was absolutely shocked by everything and fell in love. Since then, my idol has been Kumakubo and Yasuyuki Kazama from the Orange team, who are still in leading Japanese legends.

We all know that drift originated in races called “touge”, which took place on mountain roads. However, despite the ban, it is still a fairly widespread variant of racing. How do you feel about this? Have you ever participated in these street races?

I never wanted to participate in something like that.
Although the origin of the drift is in the Japanese touge, it is still an illegal act. On the other hand, without this street era in history, it would not be a current drift.

Nevertheless, from my point of view, it is best not to bother others with this.
So I recommend riding on the circuit.

How much do you think the Japanese drift scene has changed from the 90’s to the current one?

I think the Japanese drift scene has undergone a revolutionary development compared to the 1990s.

Large steering angle, high performance, traction, tires.
It has evolved in everything.
In the past, people never thought of using size 285 tires to drift.
Nowadays, overseas racing parts and technologies are being actively adopted and I think they are still evolving.

An earthquake struck the coast of Japan in Fukushima province in February. He also suffered the Ebis racing circuit, where there were massive landslides. Do you have any information on how the track is being restored?

Damage to the Ebis circuit is unimaginable.
The depo for racing cars is damaged, the track is divided and its restoration will not be easy.

At present, employees work daily to remove rubble, soil and sand for renovation.

Let’s talk a little bit about technology now. Can you introduce us to your car?

· Safety frame according to D1GP rules

I learned all the modifications and fabrications of the car myself.
I first got a car in high school and learned the technique by repeated destruction and repairs.
My last teacher of vehicle production was Youtube 🙂

Why did you choose this particular car? Would you drive a car that is not Japanese?

It was because it has most of the parts available, it is light and for me it is cool as a model suitable for drift.

As for the second question, yes. I’ve been very interested in BMW lately!

How long did it take you for the car to be technically and acceptably fit to race?

I bought a used car from a friend and remodeled it from scratch with my friends. It took about 4 months.

We did everything ourselves, from spot welding to rolling cages to engine replacement.
The most difficult thing was to remove the interior, the original paint and prepare the chassis.

The tires we currently use are from a Chinese manufacturer
LING LONG TIRE, named ATLAS FLASH AGT.
It is a large company that produces various tires around the world, from sports to OE.
This is a tire that is only intended for racing and is not commonly available on the market.

In D1, their number is defined by the rules, which means that only 8 can be used during the competition (for qualification and tandem).

We can see on your social networks that you are a member of the “Team Orange” team. Could you tell us what team it is, how you got to it and who its members are?

Team Orange is a team that is active around the world, as is the drift school and drift car show.

My dad met Mr. Kumakubo from Team Orange. Thanks to that, I regularly went to the EBISU circuit to learn more about drifting.
The team consists of leader Nobushige Kumakubo, then Naoto Suenaga and me 🙂

Japan is, of course, on a completely different level for us. So I assume that the costs will be quite high. How do you pay for all this? Does your family help you? Do you have any sponsors?

The team will cover almost all costs, so it costs me very little.
But of course there are a few personal sponsors .. 🙂

So you can make money racing?

Yes, but I don’t make money purely for myself, I also make money for our team.

Team Orange finances all the parts that are needed for my car, as well as the costs associated with participating in the races.

Does your family and friends have a positive attitude towards drifting?

My family supports me because my dad used to take part in races.
But a lot of my friends aren’t interested in drift at all.

Have you ever considered participating in races other than Japan?

Of course! If there were the possibility, I would also like to take part in overseas races! I’m not saying it’s easy, but I want to know how good a rider I really am 🙂

What do you do in your free time when it’s not the season?

I train on a simulator quite often. It’s really great to have the opportunity to compete with various competitors from all over the world.

Concluding question: What three things do you think are most important in the races?

Team, strong will and unwavering trust. 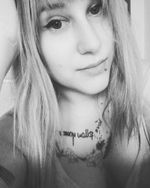